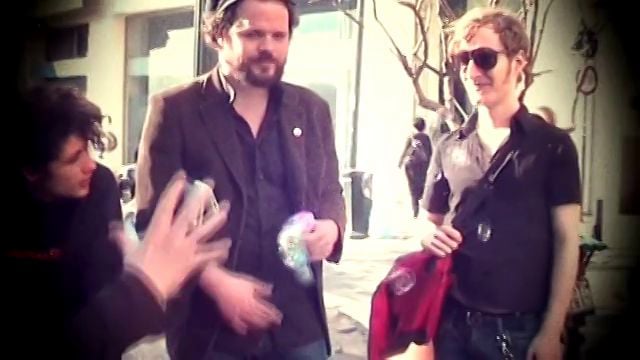 Many, many years ago I had a video camera, and wanted to get into filming bands.

This was filmed back in the spring time of 2009, when I went on tour with the bands Liger, Son of  a Gun and Tod des Trompeters. For various reason (partially the very chaotic material I was left with, partially a sense of ennui) it took me around 3 years to finish this thing.

I tried to add some sort of consistency (the concert footage is shown in the order the bands played, the rest of the material is more or less chronological.)

Because the material was fairly low quality I decided to go all out and lomo-fy it; to do this I used a shell script to extract the images, then enhance them with imagemagick and then put them back together as a video.

For the end credits I put together little videos from stills and combined them on a black background, I remember that being a little bit of a headache. Everything took forever too, as that was back in 2008 and I didn’t have all that much computing power.

But it was fun, both the tour, and finishing this thing.